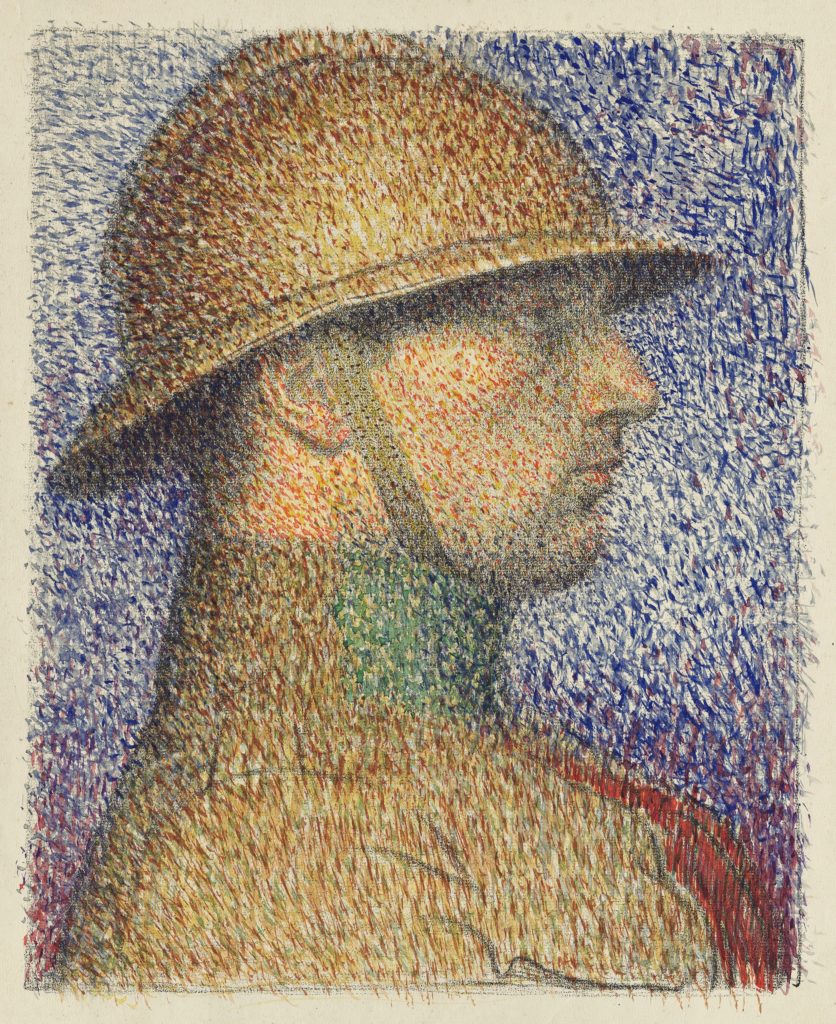 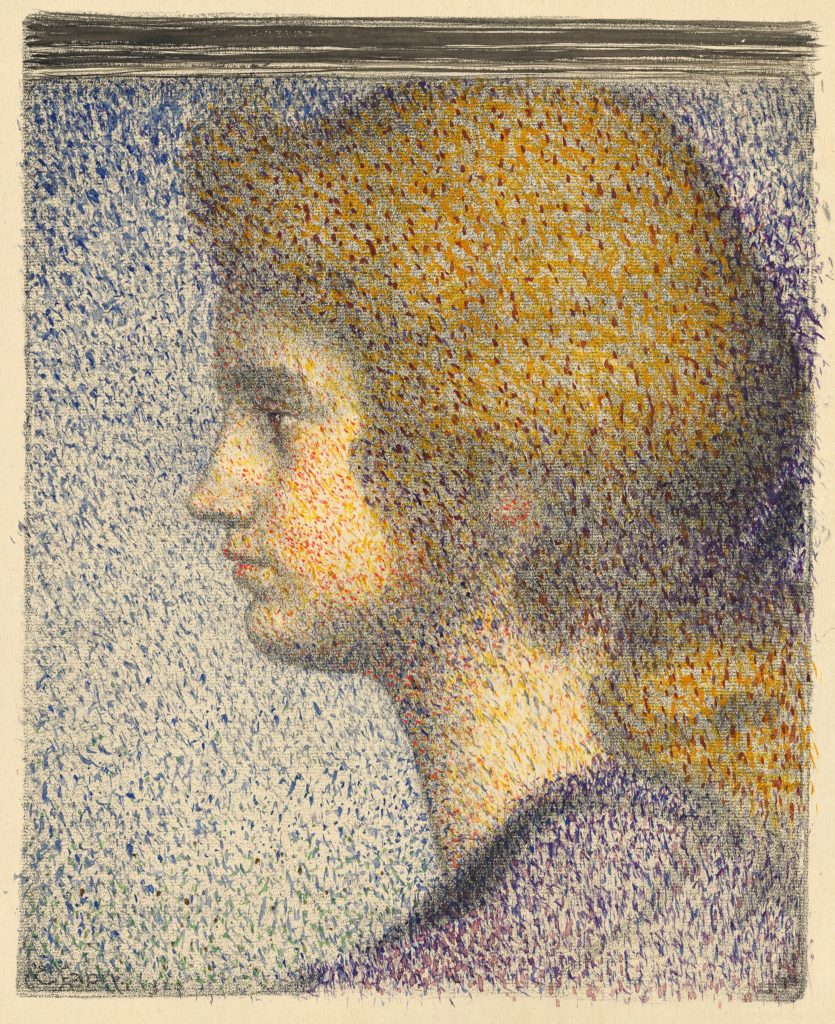 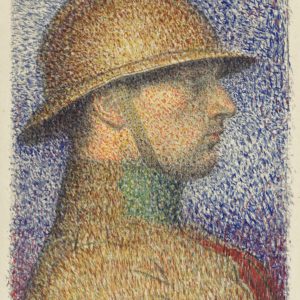 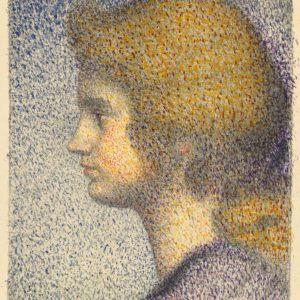 This wonderful double portrait is illustrative of the artist Émile Fabry’s creative process. Depicted en profile, the soldier and young woman have been depicted in an idealized manner. The stoic, long gaze conforms to the rigidity of a statue, exercising monumentality. The hazy, dotted technique of colouring, a fine combination between Symbolism and Pointillism, emanates a three-dimensional quality, giving the sitters a sense of natural liveliness.

Whilst it is uncertain for which project Fabry used the subjects, they are most likely to have been created for a monumental decoration. As of 1919, Fabry, Jean Delville, Albert Ciamberlani and Constant Montald had founded the artist group L’art Monumental:their vision was idealistic – it evolved from the individualistic Symbolist movement – in which they utilised classical forms and iconographic traditions. Their ambition was to elevate the soul of the masses by ensuring that everyone could share a sense of beauty – the source of happiness and virtue –, monuments and public buildings acting as their canvases.[1]

Before the war, Fabry had been an influential Symbolist artist and a member of prominent artist groups such as Pour L’Art and La Rose+Croix. When WWI brought continental Europe to a state of crisis, Fabry sought refuge in St. Ives, England. War and peace were recurrent themes in many of his works, even long after the battles had ended. The current sheets of the soldier and the young woman – symbolic of hope and peace – may have formed part of a memorial work. There exists another work depicting a variation of the male subject, created by Fabry in 1921 and bearing a dedication to his friend, the Belgian poet and playwright, Gaston Heux. Named French Veteran it depicts the same soldier, yet differences can be perceived in the helmet, background and shadowing of the figure. Here, Fabry portrays his son and daughter, Barthélémy (born in 1898) and Suzanne (born in 1904). The artist regularly used his family as models. A photograph of Suzanne posing for this drawing shows how Fabry focused his composition on the profile of the young woman. Fabry represented the subject of WWI on several occasions. In using his own children to represent these characters, he creates a more intimate and personal portrayal of the war.