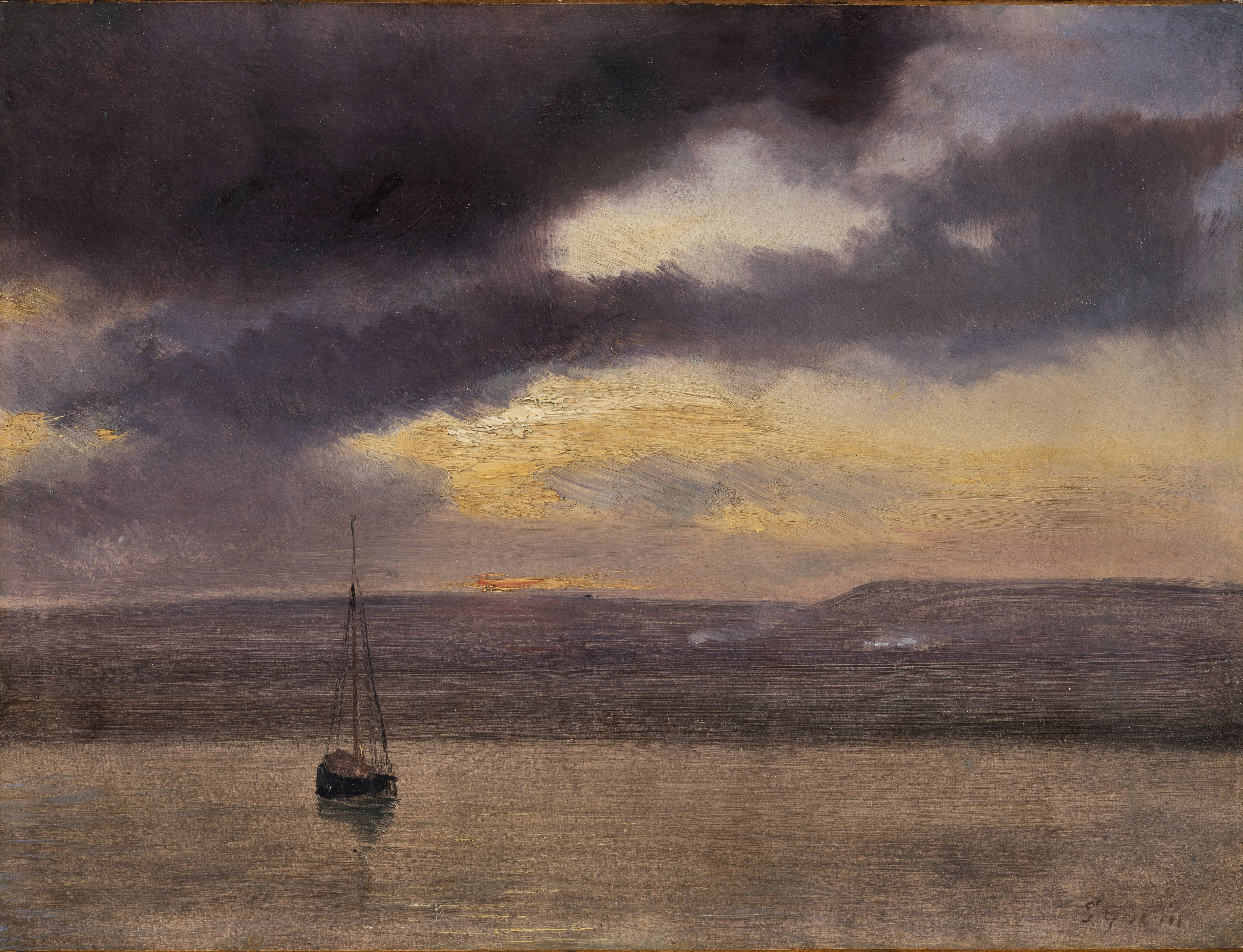 A delightful example of famous Gudin’s seascapes, combining an elegant and delicate palette with the contrast and drama of a stormy atmosphere. Gudin was one of the most talented marine’s painters of the 19th century. He studied with Ann-Louis Girodet and Antoine-Jean Gros, but very soon he grew fond of the romantic masters Delacroix and Gericault . His sea subjects – shipwreck, view of harbors, etc. – were immediately noted, starting at the 1822 Salon with five works. In 1824 he won the golden medal in the same Salon, and from then he gained notoriety. He was quickly the protégé of the Duc d’Orleans, the future King Louis Philippe, for whom he made later a marine’s series for the Galerie Historique of Versailles (1844). He was also close to Horace Vernet, the teacher of his brother, met in Rome in 1832.

His oeuvre is large, and mainly in the classic genre of the sea painting. However, beside this group, he made a few works much more related to the practice of plein-air sketches, as the present work. They gather a certain maturation of his art in other vein where there is almost no human presence but a more stressed attention to emotions and atmosphere of sunset, rain, fog, etc. The influence of Delacroix is particularly evident in the present work. This delicate oil is reminiscent of Delacroix’s pastels dedicated to the atmospheric effects of the sunset. There are also influences of Cozens and Constable. However, Gudin differs from these models by using more controlled strokes, as to search harmony even in an upcoming tempest.