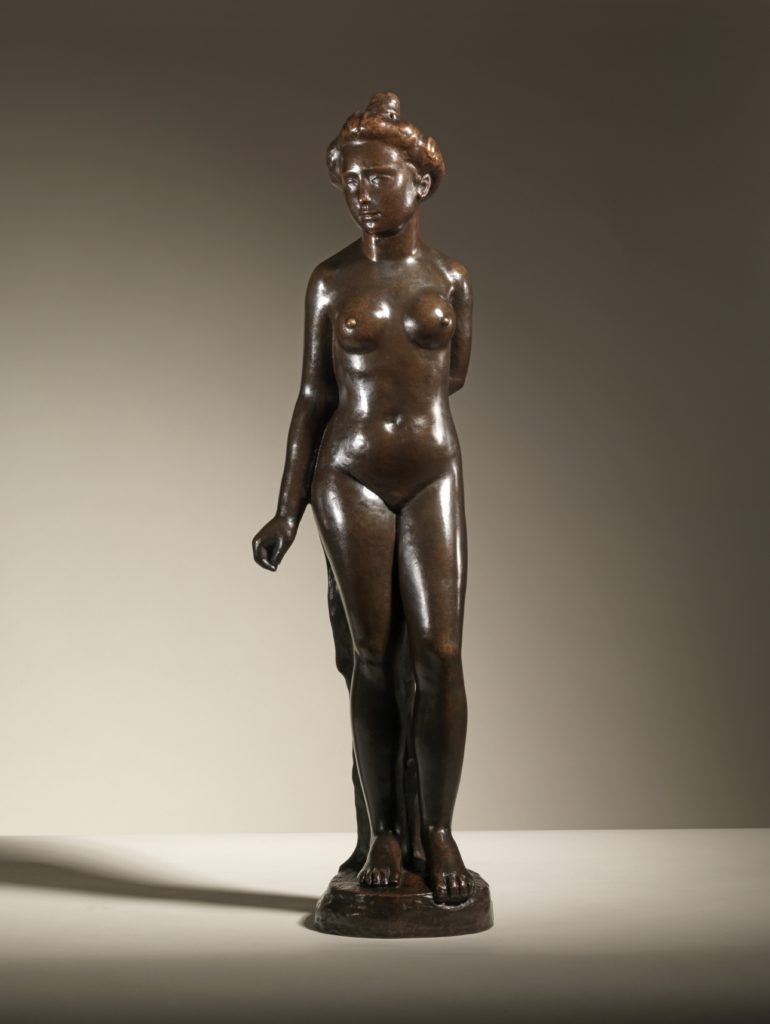 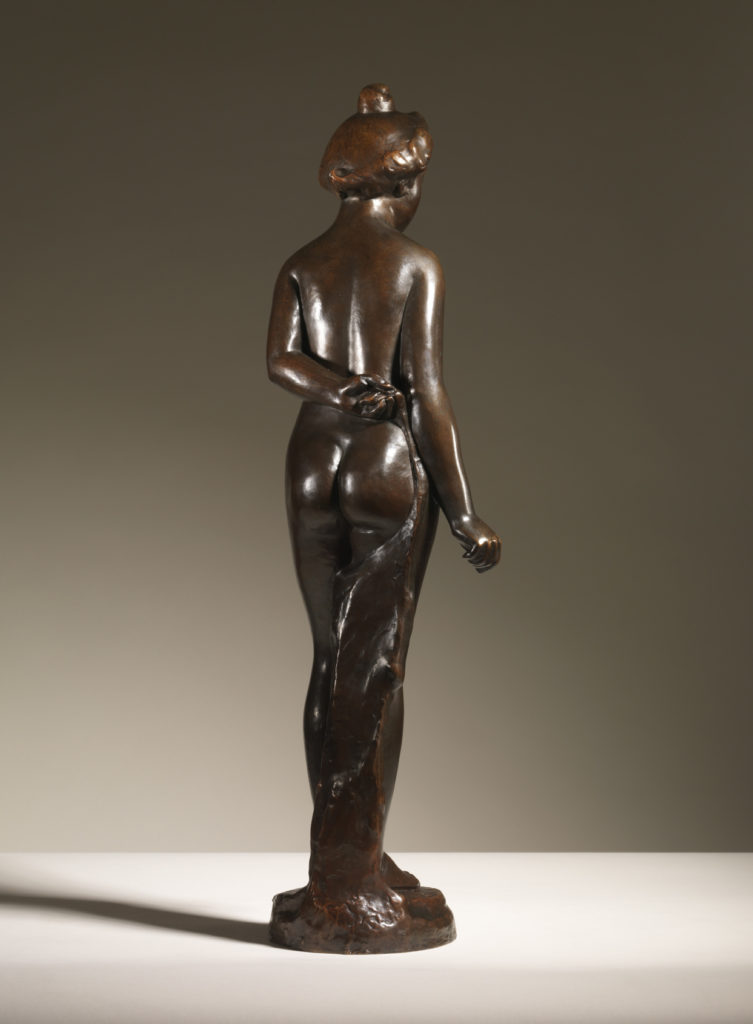 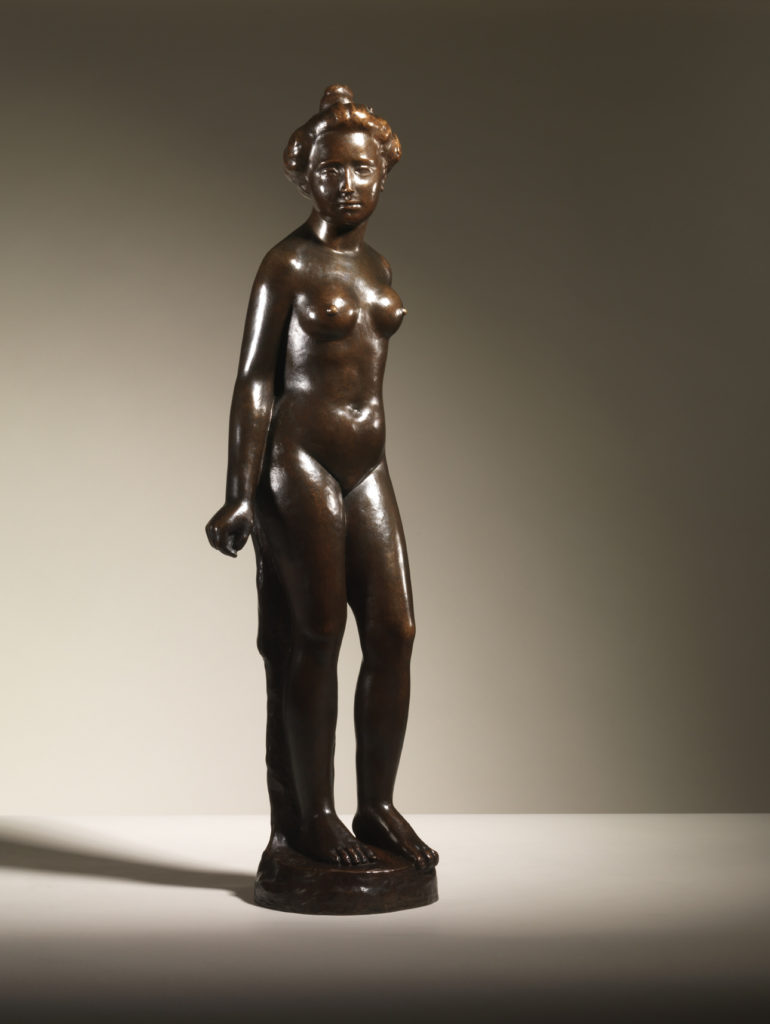 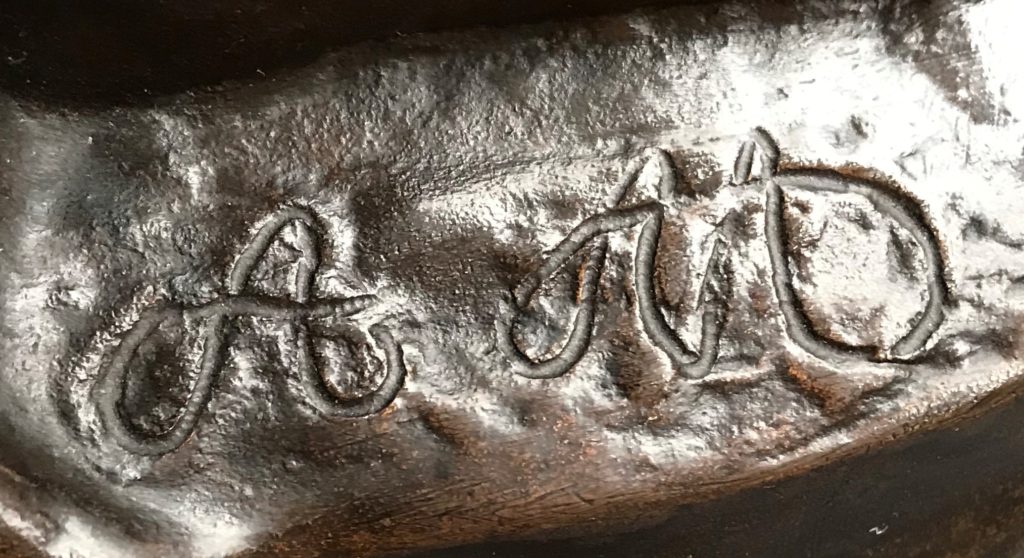 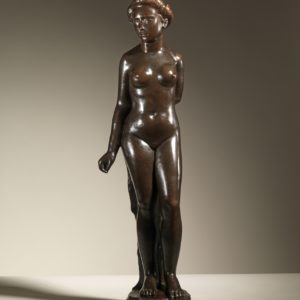 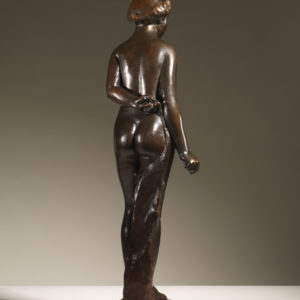 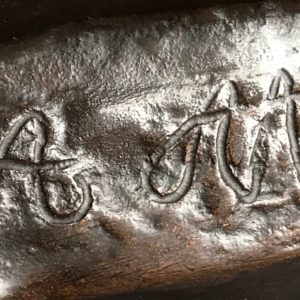 A rare and extremely fine early twentieth century lifetime bronze model, this sculpture was edited by Ambroise Vollard and cast in bronze using the sand casting technique at the Florentin Godard foundry in Paris.

Maillol’s first figurative sculptures were carved from wood. This Standing Bather dates from around 1898 and the original wood carving is now in the Stedelijk Museum in Amsterdam, prior to which it was in the collection of Prince Antoine Bibesco. It was the dealer Ambroise Vollard who first suggested to Maillol that bronze casts could be made from his wood carvings. From the wood carving of the Standing Bather, Maillol prepared two versions in plaster. One almost identical to the original and a second variant, without the drapery over the right arm and with the right hand outstretched – it is this version represented by the present model. Vollard was delighted with the results of both these works, and subsequently began producing bronze examples.

In Vollard’s first agreement with Maillol in 1902, he bought a number of works including Statue femme debout le bras derrìère le dos and Autre statue femme debout le bras derrìère le dos aussi (present model). Contracts stated that Vollard had complete rights of reproduction of the sculptures listed ‘en toute propriété et avec le droit d’édition’. In signing this contract with Vollard, Maillol relinquished his rights to reproduce these works himself. Maillol went on to sign an additional contract with Vollard for further models in 1905. The artist respected these contracts throughout his lifetime and did not produce bronze examples of any of the models concerned.

This work is sold with a certificate by Dr. Ursel Berger.